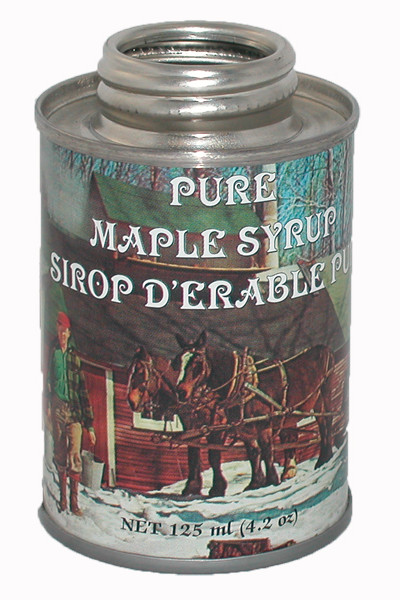 Maple syrup is produced by concentrating maple sap, evaporating most of its water content. The average sugar percentage of maple syrup is 2, about double in comparison to birch sap.

While today Canada is by far the largest producer of maple syrup, with 75 per cent of world production coming from Quebec, until 1930s most of the world’s maple syrup was made in the United States. However, even today the North-Eastern states of the USA (New York, New Hampshire, Maine, Vermont, etc.) continue to create highly appreciated maple syrup. The enjoyment of maple syrup is widespread all over Northern America and both in Canada and the United States people carry the knowledge and rituals of its production and consumption generation to generation.

The taste of maple syrup is rich and nuanced. Traditionally, there are four different kinds produced, varying in taste and colour. The darker syrups are fuller, richer and more minerally, while lighter ones are sweeter and more delicate.

The maple syrup is rich in minerals (calcium, potassium, zinc, magnesium). Its calorie content and glycemic index are lower than those of honey or white sugar and a little higher in comparison to birch syrup. The sugar content is mainly sucrose, with small amounts of glucose and fructose.

Maple syrup is a natural sweetener that can be used in a variety of different dishes, lending them an interesting delicate taste nuance. It can be enjoyed both in desserts (e.g. pancakes, ice cream, bakery and conditionery) and in savoury foods, such as salads, or sauces and marinades for meat and fish. It is also excellent to sweeten your tea or coffee.